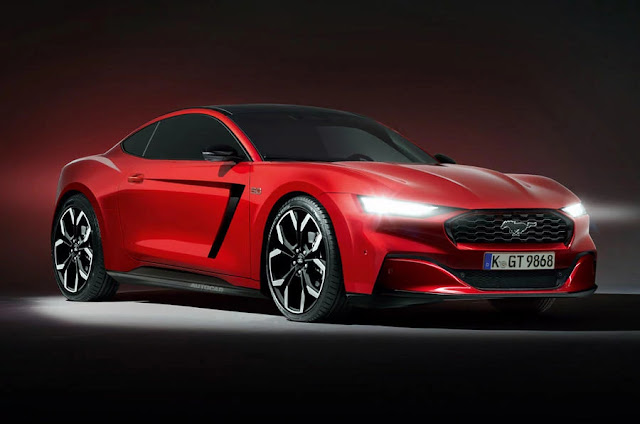 The new-generation Ford Mustang is expected to arrive in 2022 and will have a hybrid engine. The indiscretion comes from Autocar which stresses that the sports model is part of the electrification plans of the house of the Blue Oval which aims to launch 18 hybrid models by 2022. The next Mustang, codenamed S650, will be a “global” car, that is, it will be sold in most markets where the American manufacturer is present.

This new model could have arrived earlier but Ford wanted to focus on the new 100% electric Ford Mustang Mach-E whose first deliveries will begin towards the end of the year. Now the American brand can return to focus on other projects and, in particular, on the next generation of the Mustang. The manufacturer hopes to be able to keep the V8 engine that fans of this model love so much. However, this engine will be made more modern in combination with a hybrid system to contain fuel consumption and emissions.

In a 2017 Ford patent, there is an explicit reference to a powertrain characterized by a petrol V8 and two electric motors. If this scheme were maintained, the future hybrid Mustang could also have an all-wheel drive. Obviously, there are no precise details. For those, it will be necessary to wait several more months. It remains to be understood whether the future Mustang will also be offered with other engines as is already the case today.