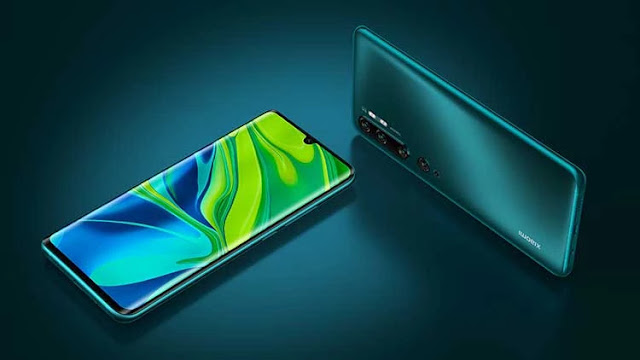 The Xiaomi Mi Note 10 Lite smartphone has received Thailand’s NBTC certification, hinting that imminent arrival has been reported as coming with a proud setting of five rear cameras

Not long ago we heard that Xiaomi has a new member of the Mi Note 10 Series smartphone named Xiaomi Mi Note 10 Lite which according to reports has a model number M2002F4LG .

Now the Xiaomi smartphone with the same model number has just received NBTC Thailand certification, and the list clearly shows that it is the Xiaomi Mi Note 10 Lite smartphone.

NBTC certification reveals that this phone will support 4G LTE, but unfortunately, other information has not been revealed. But its presence suggests that the launch of the smartphone Xiaomi Mi Note Lite is getting closer. 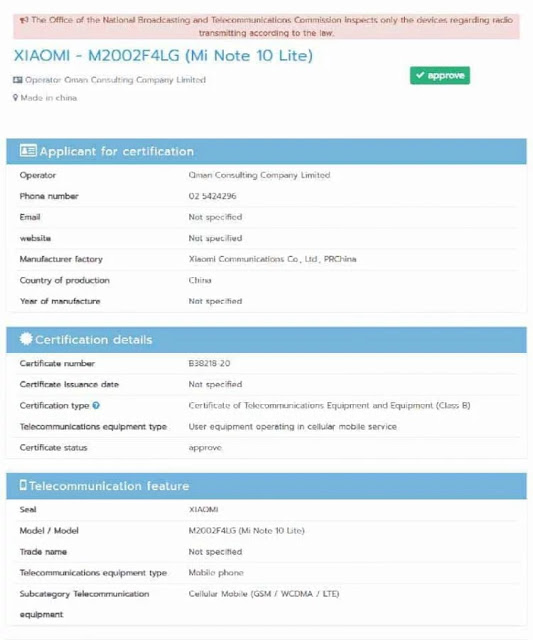 Based on previous leaks, smartphone Xiaomi Mi Note 10 Lite is rumored to be coming by displaying a screen size of 6.47 inches. At present, it is unclear whether it will use a perforated screen design or water droplets.

Like its siblings, this smartphone also boasts a Penta-lens arrangement, aka five cameras mounted on the back. But the main camera will be lowered from 108 megapixels to 64 megapixels.

Completing the main camera, there will be two 8-megapixel, 5-megapixel, and 2-megapixel camera units which will also reportedly arrive with auto-focus laser support.

There is also a 16-megapixel camera facing forward to take selfies or video calls. While in the kitchen runway sector, this smartphone is expected to come powered by a Qualcomm Snapdragon 730 processor.

Furthermore, Xiaomi’s smartphone will run MIUI 11 based on Android 10 and is powered by a large battery capacity of 5,260 mAh which comes equipped with 30W fast charging.

That’s all we just found out about this Xiaomi smartphone. The rest of the specifications and when the phone will launch is still a mystery.

But as mentioned, Xiaomi could soon make it official in the near future because it has received important NBTC Thailand certification. Even before this smartphone was also seen on the FCC certification site.