iPhone 12 Pro Max could really be like this, at least “70%”. The latest renderings made by Max Weinbach of Xda Developers, on which EverythingApplePro has based the detailed video that we report below, show us a device that should be very close to the final one, “Blue Navy” color included. And that should meet the wishes of most of the users, with a notch finally smaller in size, and a general design that comes close to the stretched “tile” of the iPhone 5, with flat rather than curved edges.

In particular, Weinbach reports that the dimensions of the device and the display are reliable, while the appearance of the photographic module, consisting of four sensors (with the earlier edition of the LiDAR one introduced by the latest iPad Pro ), has been deliberately altered as a precautionary measure (to therefore protecting yourself from any Apple lawsuits). More precisely: the layout with the four sensor circles enclosed in a square element with rounded corners is correct, while the space between the various elements has been changed. The circumference of the lenses, however, should actually be wider than that of the previous model, just as we see it in these images.

Let’s start then just the information that should be safest: iPhone Pro Max 12, according to the CAD from which are derived the render, should have a big screen to 6.7 inches, and be thinner than the predecessor Max Pro 11: 7, 39 mm thick against 8.10. The photographic module will, therefore, be a little more prominent, with a thickness of 1.26mm instead of 1.21. 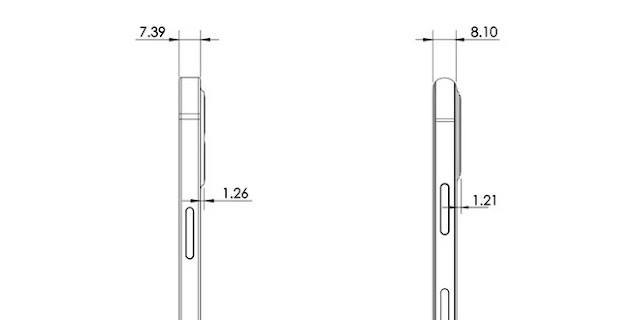 We are talking about the iPhone 12 Pro Max because the dimensions are attributable only to the larger model of the four that Apple plans to launch this year (not to mention the new – or old? – iPhone SE, presented a few days ago ): however, it is easy to imagine that at the design level instead, we will find the same solutions on the iPhone 12 Pro (while we expect some difference on the two iPhone 12). 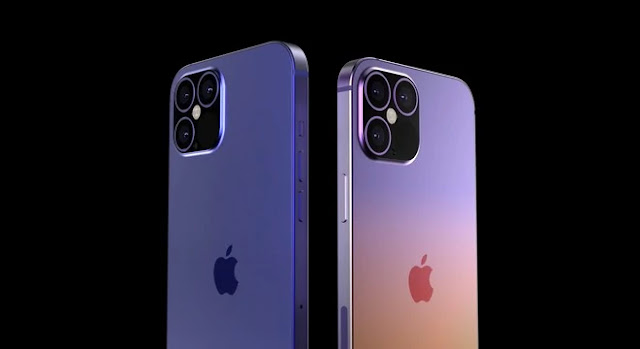 Since Apple unveiled the first iPhone X, the controversy over the notch has never faded: two generations later the notch is still there, unchanged. An element justified by the sophisticated technology it hosts and, if we want, also distinctive, but which is also intrusive. Over the years we have seen dozens of solutions less bulky than that proposed by Apple, and also in Cupertino, they seem to have convinced themselves that the time has come: the notch is there to stay, as well as the Face ID, but it will be smaller.

There are currently two hypotheses. The first speaks of a decidedly scaled notch, slightly wider than that seen on OnePlus 6. The second, on the other hand, describes a less significant change: the notch should be shorter, but retain the same “thickness “. 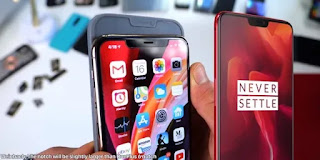 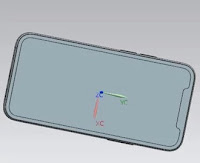 On the left, the notch of the iPhone 12 Pro Max mock-up in comparison with iPhone 11 and OnePlus 6. On the right, the second hypothesis, where the notch is similar to the current one: shorter, but with the same thickness.

Another aesthetic novelty anticipated by many rumors, from the first of the well-known analyst Ming-Chi Kuo to the very recent ones of Jon Prosser, also confirmed by Bloomberg, is the return of the flat edges, in iPhone 4 and 5 style. the frames around the display, which will remain symmetrical but, also as an effect of the design no longer “rounded”, will be less thick.

An unclear element instead we find it on the right side of the device, and it is what looks like a Magnetic Connector (in the video of EverythingApplePro, by mistake, it is called “Smart Connector”, which is instead composed of three circular pins), what on iPad allows you to recharge the Apple Pencil. Any applications are unclear: the only hypothesis that comes to us while it could be compatible with Apple Pencil (perhaps a new, more compact version), a function that had been the subject of rumors already in 2019, without finding confirmation. 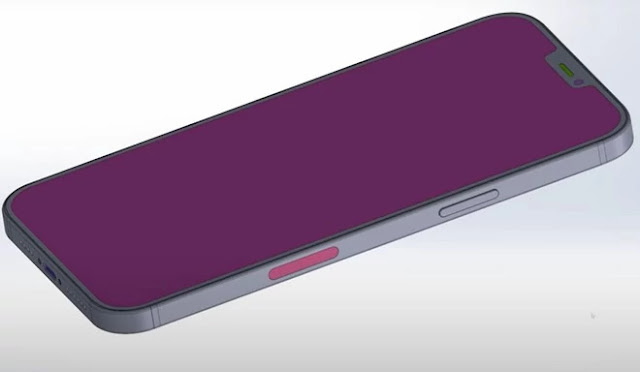 Finally, the “Blue Navy” color you admired in the renders should arrive on the market, probably replacing the current “Midnight Green” (which had been highly appreciated, but it is a way to visually distinguish the new model from the old one). As for the colors, the information also concerns the “base” iPhone 12, and not only the Pro models. Apparently, Apple is considering three new options: a very light blue, a sort of violet, and a soft orange. Of these, only two will then be introduced, and it is not yet clear if and where Cupertino’s choice fell.

In short, a nice batch of information: what is the aspect that most intrigues you about the next iPhones? Are you already dreaming of flat edges and the new “Blue Navy” color, or are you disappointed? Would an OnePlus 6-style notch satisfy you, or were you hoping for other solutions?