Samsung introduced the successor to the Galaxy M20 on Wednesday (18). It is the Galaxy M21, the newest intermediate mobile phone of the brand, with a 6,000 mAh battery and a triple camera system with a 48 MP main sensor. The smartphone will go on sale in March in India. 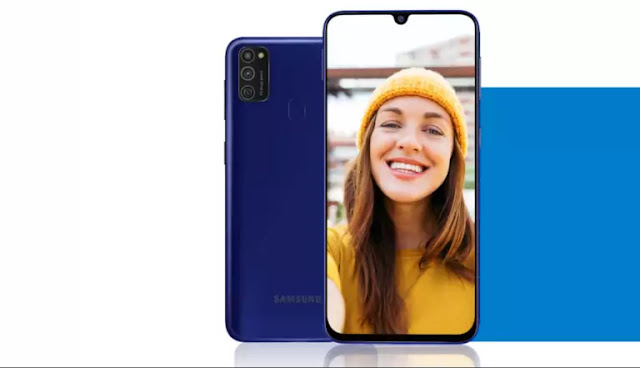 The Galaxy M21 follows the same look as the predecessor. The screen measures 6.4 inches and has a drop-shaped notch (Infinity-U) to house the 20-megapixel front camera. The resolution is Full HD +.


The highlight of the cell phone is the battery. The component’s capacity is 6,000 mAh, which, according to Samsung, “lasts day and night”. The smartphone also has a fast recharge of 15 watts.


The photographic set is triple, with the main sensor of 48 megapixels, and is allocated in the form of “dominoes”, just like the Galaxy S20. The other cameras have 8 MP, with an ultrawide lens, and 5 MP, to capture the depth of field.


Just like the other smartphones in the Galaxy M line, the technical sheet is intermediate. The Galaxy M21 features the Exynos 9611 processor, an octa-core chip up to 2.3 GHz, and two editions with RAM and storage of 4 GB + 64 GB and 6 GB + 128 GB. Both with microSD memory card support.


Other specifications are supported by two operator chips (Dual SIM), digital reader, 4G connectivity and Bluetooth 5.0. The phone also maintained the input for headphones (P2) and reaches consumers with Android 10 (One UI 2.0) from the factory.

The Galaxy M21 will go on sale from March 23 on the Indian Amazon and Samsung’s online store. The suggested price of the cell phone starts at 12,999 rupees (about R $ 895 in direct conversion).