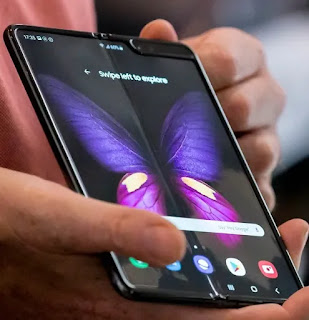 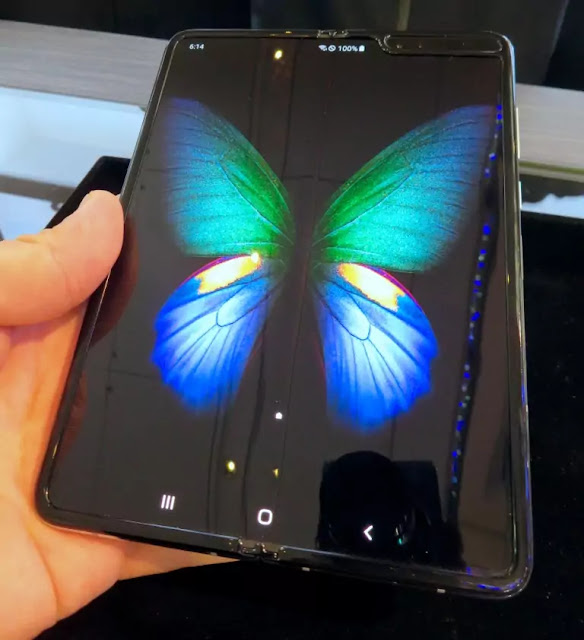 The Galaxy Fold is the first cell phone with a foldable screen to be manufactured on an industrial scale. The original version had serious durability problems. Which forced Samsung to cancel the launch, go back to the drawing boards and reinforce the product design.

The revised model, on the other hand, has grandiose intentions. It wants to “change the shape of the smartphone” and “redesign the future”, in Samsung’s words. Can you do it?

I spent the past few weeks using Galaxy Fold as my primary smartphone and will count my impressions in the next few minutes.

Let’s start by getting some things out of the way. The trio of rear cameras on the Galaxy Fold is the same as on the Galaxy S10. So you already know what to expect: photos are captured with excellent definition, balanced exposure and almost impeccable dynamic range in any lighting condition.

In recent months, new smartphones have managed to make great leaps in image processing, notably the iPhone 11 Pro Max, but we still have a respectable machine here.

The hardware is also similar. Yes, the Galaxy S10 was launched in India with a Samsung Exynos 9820 processor. While the Galaxy Fold is equipped with Qualcomm’s Snapdragon 855, but that makes no difference to normal people.

In addition, although there are already more powerful new chips. The 12 GB of RAM and 512 GB of space are still more than enough to run any heavy game or application of 2020, as expected from an R $ 12,999 phone.

And the connectivity of Samsung’s line tops has been maintained in the Galaxy Fold. This means fast battery charging speed (including wireless), payments with Samsung Pay both by approach and by magnetic stripe simulation, USB-C and even a physical entry for carrier chip, something that Motorola Razr abandoned in favor of eSIM.

And what is it like to use a folding cell phone? 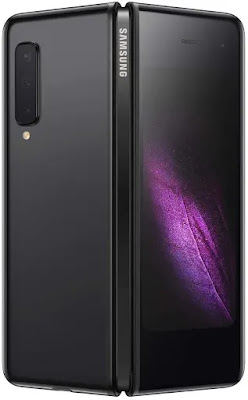 I used Galaxy Fold as my primary smartphone for over two weeks. The 7.3-inch folding screen is a delight for content consumption, and this is the greatest use of a tablet that folds in half to fit in your pocket.

The aspect ratio of the internal screen approaches 13: 9, which is not as wide as most videos. Which are 16: 9, but which already brings a gain in space when watching a movie compared to a smartphone on 6.5 inches. With the advantage that the Galaxy Fold is more compact when folded.

The biggest benefits of a screen with this proportion are in other applications. Such as reading a book with complex diagramming in PDF, something that a Kindle and other ebook readers still cannot do efficiently. And the bigger panel also increases the immersion in games, after all, most games are already adapted to the Galaxy Fold screen, which, in the end, is a tablet screen. Only here are two categories of electronics that can be replaced by a single smartphone.

As a rule, everything looks better on a larger screen, which explains why smartphones grow in size each year. The Instagram feed looks like it was made for the Galaxy Fold: each photo is shown in full. On Google Maps, more information gives the feeling that the app has come out of a cage.

Even the calendar becomes more useful.

The only downside of the larger screens is that the length of our thumb has not increased in recent years, nor the size of the pants pocket. Which is why I like the idea of ​​a large cell phone that can be compact.

What is still problematic?

But of course, the Galaxy Fold is far from the perfect solution. The first generation of foldable smartphones (and I’m not limited to Samsung) still needs to solve many problems that were created precisely because of the flexible screens.

The crease on the screen in the region of the hinge is like a scratch. Once seen, it is impossible to be overlooked. The difference is that you can buy a smartphone with a screen without any risk and keep it in perfect condition for a long time. If you are a careful person, while the crease on the Galaxy Fold is inevitable. And although the problem is not so noticeable on a daily basis, I feel the fold whenever I roll the canvas sideways.

Speaking of risks, the Galaxy Fold screen is plastic, not glass. This immediately creates two problems. First, plastic tends to be less transparent than glass – and the Galaxy Fold’s AMOLED brightness is weaker than average. It doesn’t bother, but it is far from impressive as the Galaxy Note 10+ screen.

In addition, the screen was fragile. Although I was very careful, I managed to find three nail marks and some micro-scratches after just two weeks. The prognosis for one or two years of use cannot be positive.

I only used the external screen of the Galaxy Fold to consult something quickly, or anywhere open where I was not comfortable unfolding an electronic of 13 thousand reais. In these cases, she also showed her weaknesses.

Despite being 4.6 inches, which was an acceptable number for a smartphone three or four years ago. The 21: 9 ratio makes use uncomfortable, especially when typing on a virtual keyboard so narrow. There is a lot of empty space around the screen that could simply be more screen, which would greatly ease the problem.

These huge borders around the external screen, in conjunction with other design features, reinforce the feeling that I’m using a prototype, not a finished product. A more refined version of the Galaxy Fold would probably not have a black plastic frame on the internal screen.

A giant notch for the cameras and a biometric reader with this questionable placement. With the case installed, the front half is slightly misaligned in relation to the rear, which causes fingerprint recognition inaccuracies.

construction of the Galaxy Fold

The construction of the Galaxy Fold itself appears to have an “expiration date”. Every good top-of-the-line smartphone today is waterproof and, as much as this is an engineering challenge on a foldable phone. It is something that could be achieved with more development time.

The fact that the revised version is still susceptible to the entry of dust also has negative points. Some people take care of electronics like a baby, but a cell phone is not the most important thing in our life, and it should be here to serve us.

And I never really cared much about the thickness or weight of a smartphone, but the Galaxy Fold is a long way off the mark. You can get used to the 276 grams, but the thickness of 17 millimeters makes it almost as thick as a Nokia 2310 (with the difference that the Nokia 2310 was much smaller). Samsung could work on a new thinner generation, starting by eliminating the space leftover inside when the screen is folded – something Motorola was able to solve in the Razr.

Finally, a new smartphone format requires adaptations in the software. Most of the applications I use are prepared to switch between cell and tablet mode, but some need to be closed and then reopened to readjust to a smaller or larger screen, which breaks continuity.

Google was committed to improving the experience of using Android on foldables, but compared to Apple, I have serious doubts about Google’s authority to mobilize its developer community.

The first iPhone was not even compatible with 3G in the middle of 2007 and its camera was mediocre for such an expensive phone, but it changed the entire smartphone market. The first Galaxy Note had a prohibitive price and its 5.3-inch screen made it be considered clumsy and too big, but today huge screens are the rule. No one else wastes time discussing whether 6 inches is a smartphone, tablet, phablet or foblet, as in 2012.

It is not possible to predict whether the future is folding screens, but I like the idea – it just isn’t ready. The Galaxy Fold, as it is on the market, is a product for fans, or technology enthusiasts who have a lot of money left over and want to experience what could become the future of smartphones. But the future is not yet the present.

The biggest asset of a Galaxy Fold folding is replacing electronics. Over the years, the smartphone has replaced the camera and MP3 player – always with some compromises, such as the image quality it took to reach the level of dedicated cameras and the size that was never as compact as an iPod shuffle. A well-designed Galaxy Fold could retire your Kindle, tablet and perhaps another electronic one.

For me, the Galaxy Fold is the most sensational smartphone of the decade … that I would never buy. For now, there is hope for a better second generation.